While the designers of voice assistants, who have endowed them with female voices in most countries, are accused of thereby propagating “gender stereotypes” … Samsung could soon announce the replacement of Bixby. Sam, her new name, would have the appearance and voice of a woman.

Bixby, the Samsung assistant, would be replaced by Sam. leaks shared on social networks. It is difficult to find precise information on the provenance of these images. According to our research, they would have been published in error by the illustration studio Lightfarm. According to an article also published in error, Lightfarm would have signed a collaboration with the Cheil Agency – a communication agency that belongs to Samsung. The article and associated images were deleted promptly following their publication.

Bixby soon to be replaced by Sam? Hard to believe

Sam is said to be a woman with blue eyes, shoulder length brown hair with features that remind us of a Pixar character. We expected the Bixby Assistant to be replaced in the future, however this leak is surprising in more than one way. 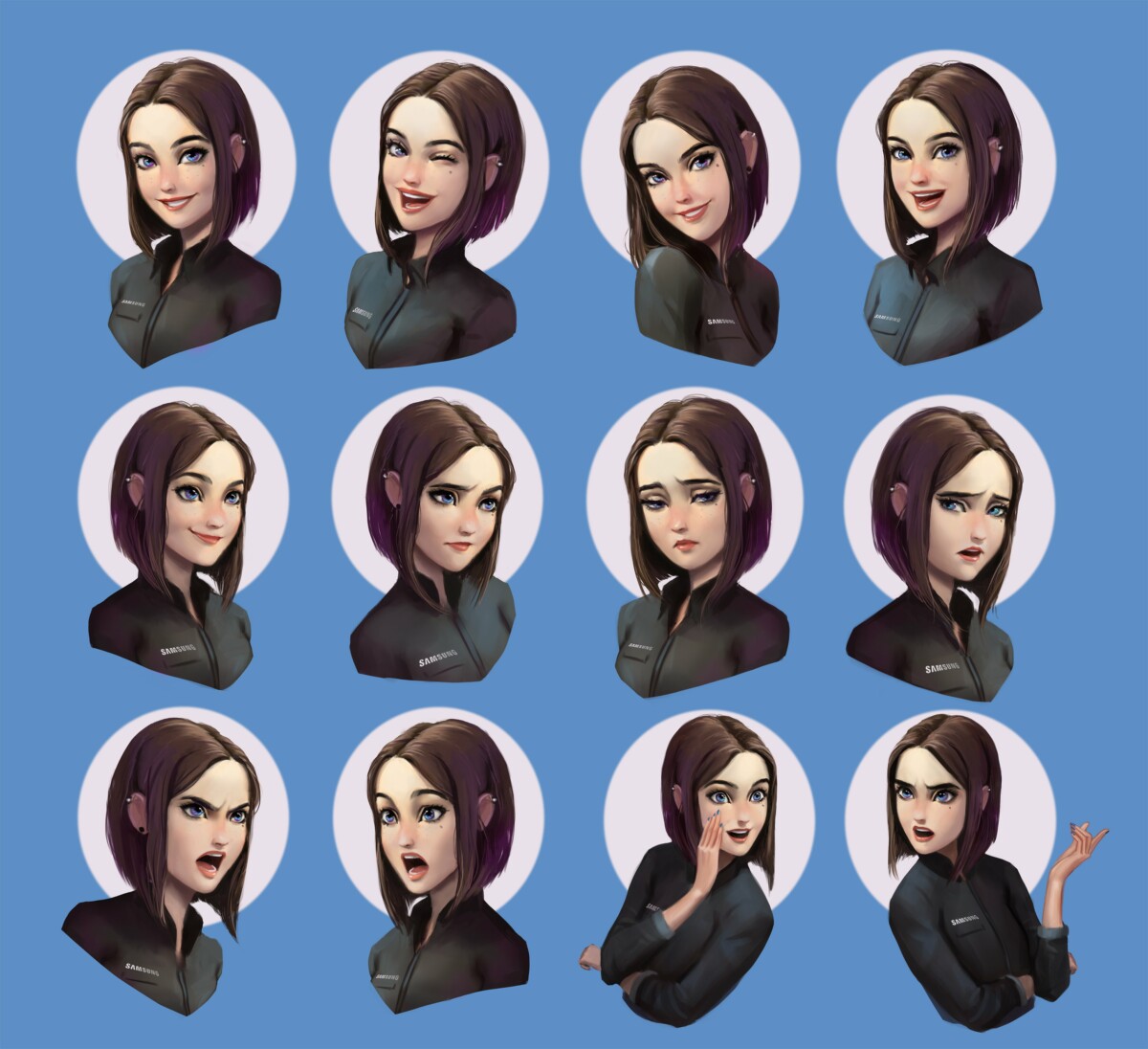 As you may have noticed, the new Korean connected assistant would have a genre. Would Samsung play it consciously? Can he avoid reinforcing gender stereotypes? Indeed, the risk is that a feminized assistant amplifies our a priori sexist, with the reproduction of gender stereotypes but especially its unconscious character, which is pernicious and dangerous.

But then why push the resemblance to gender? Is it the demand or the supply that creates this need? Especially since the designers of voice assistants, who have endowed them with female voices in most countries, are accused of thereby propagating “gender stereotypes”. In April 2021, Apple removed gender mention from its Siri assistant. Siri’s voices are now called “Voice 1” and “Voice 2” instead of “Male” and “Female”. In addition, there is no longer a default setting. When configuring the iPhone, it is now asked to choose one of the voices.

In short, the assistant Sam is information to be taken with a grain of salt while waiting for its formalization. It could be simple proposals published in error by the Brazilian studio.

Staggering! The cosmic filaments of clusters of galaxies would be spinning!

the DICE team shares more details during a live

Amazon Prime Days will take place despite the anger of merchants