Windows 10 update KB5003214 that Microsoft has just deployed causes problems in the taskbar: some icons no longer display or overlap, making it difficult to launch applications or shortcuts to Windows modules , in particular that related to network management. The culprit has been identified, you are told how to solve the problem in a few seconds. 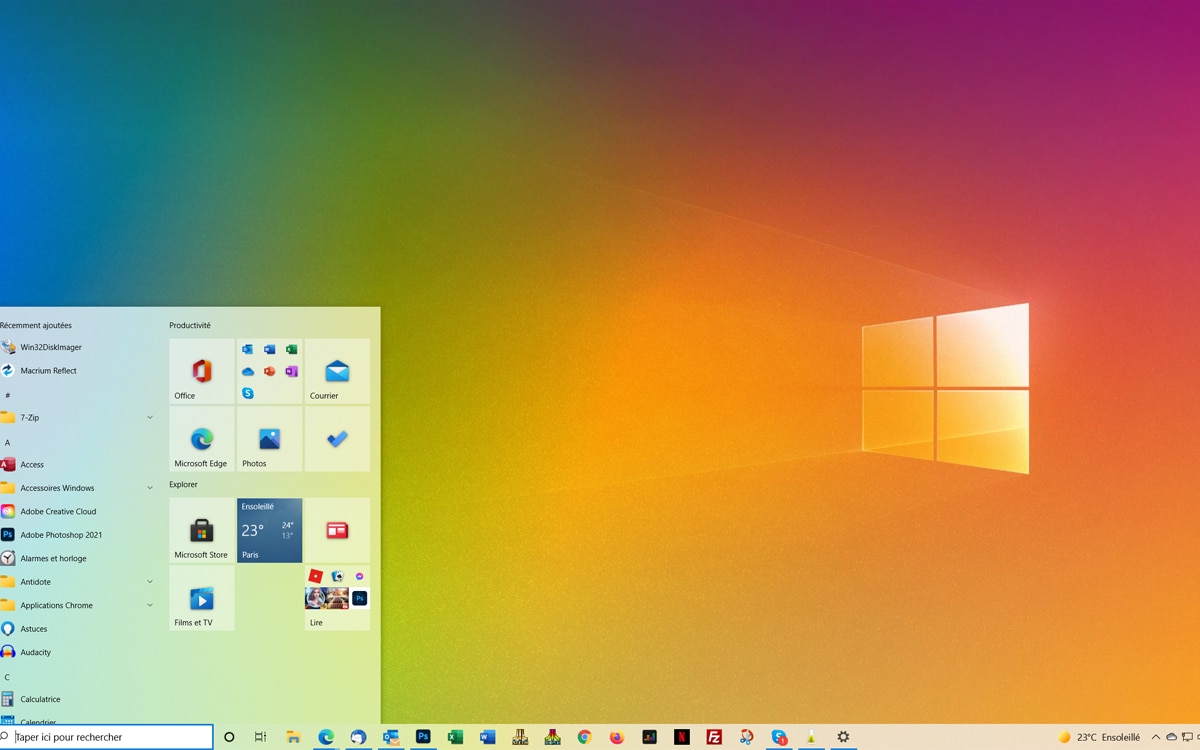 Thus, some icons suddenly disappear, or are displayed in cascade with respect to each other. In some cases, it is even the network manager that is no longer displayed. At issue: the new option to display news and weather directly from the taskbar.

Since the update, Windows 10 displays a buggy taskbar

Following Windows 10 update KB5003214, a user explains that its taskbar is full of invisible icons or which overlap with respect to each other. Some users report that the icons on the taskbar move randomly or hide. Finally, for some, it is the notification center or the icon used to manage the network who have disappeared.

The good news is that the origin of the problem seems to have been identified: the culprit is none other than the new function. News and fields of interest. If the Redmond publisher hasn’t released a patch yet, there are two ways to fix the problem.

To correct the taskbar display problems, two solutions are available to you. First, you can simply uninstall the KB5003214 update. To do this, proceed as follows:

If you want to keep the update in question, there is another even easier way to fix the taskbar problem. All you have to do is deactivate the News and fields of interest function as follows:

Tales of Arise release date, when is the game released? – Breakflip