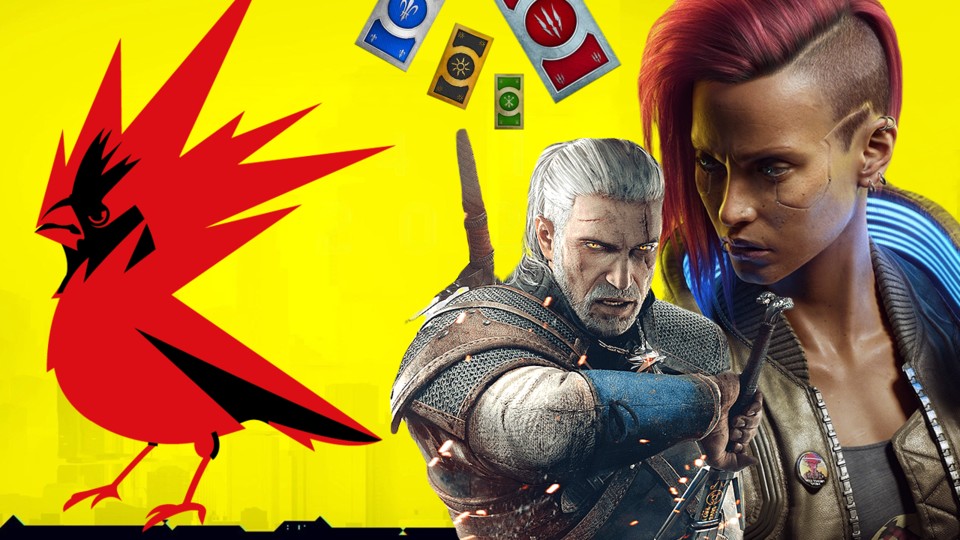 Here you can find out which projects CD Projekt RED is currently working on.

As the current gen versions of Cyberpunk 2077 and The Witcher 3 You often asked which projects developer CD Projekt RED is currently working on.

In order to provide clarity, we asked the Polish studio and tell you what the 1,124 people * strong, meanwhile worldwide team, is working on. After a list, we will go into more detail on the individual points. Then you will also find out when you can expect the respective release.

All CDPR projects at a glance:

A few days ago, the current gen versions of Cyberpunk 2077 were moved to the first quarter of 2022. Although we have not yet received any information on the specific technical improvements for PS5 and Xbox Series X / S, both versions should make use of the possibilities and functions of the consoles. In addition to faster loading times and ray tracing, this could also mean the features of the DualSense including improved haptic feedback.

Even after the release, CDPR will continue to support Cyberpunk 2077 with free content, which will not be available until summer 2021 due to bug fixing with Patch 1.3. were added for the first time. More free content is to follow in winter 2021.

Behind this point we have to put a question mark. Was communicated before the releasethat the action RPG is treated the same as The Witcher 3 in terms of number and scope, it has now become quiet due to the problems at the start of the story expansions. Also about the multiplayer, rumored to have been crushed. It is quite possible that we will hear another sign of life from the add-ons as part of the 2022 Roadmap.

In cooperation with Netflix, we are currently working on an anime about cyberpunk, which tells an independent story from the SciFi universe by inventor Mike Pondsmith. You can watch a first trailer with insights from the developers here:

Also in the works, a current gen version of The Witcher 3, which was originally due to appear in 2021, was last postponed and is mainly being developed by developer Saber Interactive (World War Z) in collaboration with CDPR. In terms of content, you can expect a Complete Edition including the add-ons Hearts of Stone and Blood and Wine. Faster loading times and ray tracing have also been confirmed.

This is a The Witcher comic, which was successfully financed via Kickstarter in September 2021 and sends Geralt on a monster hunt in feudal Japan. You can find all further information about Ronin here:

more on the subject

Already published in 2018, will Gwent: The Witcher Card Game currently still supplied with new content on PC and mobile devices (Android and iOS). Support for the versions on PS4 and Xbox One, however, was discontinued one year after the release.

Back in March 2020, CD Projekt gave RED President Adam Kicinski in one Interview with Eurogamer Poland that they are already working on another AAA single player game and that they will concentrate on the Cyberpunk and The Witcher brands in the future. Although the name The Witcher 4 has not yet been officially pronounced, it should not surprise anyone that a new Witcher adventure is already being worked on.

Game from The Molasses Flood

At the end of October, the purchase of the Boston indie developer The Molasses Flood was confirmed The Flame in the Flood are a concept. The team of ex-BioShock employees should “work on your own ambitious project based on an in-house brand“. Not confirmed, but it is quite possible that these are similar The Witcher: Monster Slayer is a mobile offshoot.

Finally, the semi-annual report 2021 provides information on the areas in which the resources are distributed: 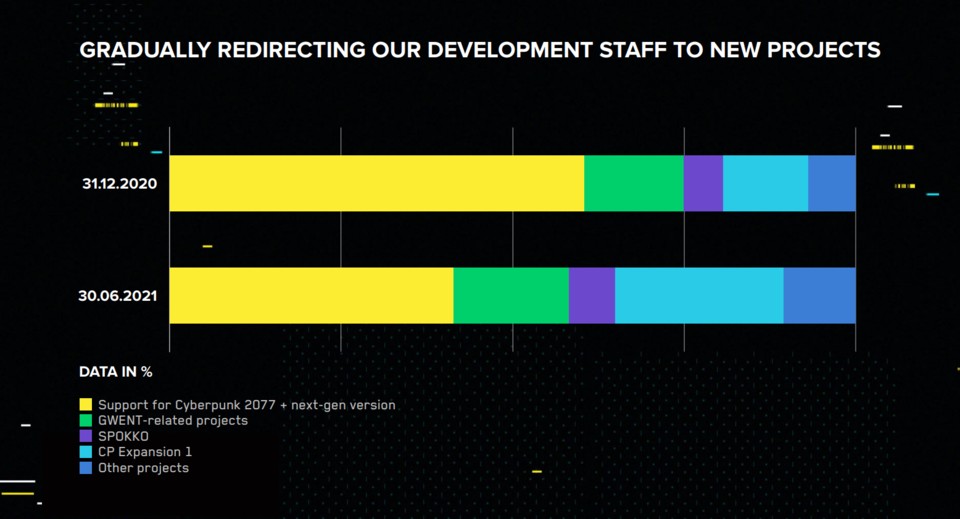 A large part is involved in the work on cyberpunk, but GWENT also forms a consistently large pillar.

As you can see, CD Projekt RED is now broadly based in terms of the Cyberpunk and The Witcher brands and, in addition to video games for consoles and PCs, also covers mobile games, series and comics. In addition, the The Witcher series is in work at Netflix, but it is produced externally and soon in the second Season started.

PREV Sea of ​​Thieves: This is what awaits you in Season 5
NEXT the new games for november 2021

Dauntless goes on the hunt for PS5 and Xbox Series – news