Its arrival on the market had been anticipated and AMD unveils the graphics card Radeon RX 6600 which is positioned at the opening of its Radeon RX 6000 range with RDNA 2 architecture.

Its characteristics are confirmed with a GPU Navi 23 with 1792 stream processors and 8 GB of GDDR6 memory in 14 Gbps and with 128-bit memory bus ensuring a bandwidth of 224 Go/s. 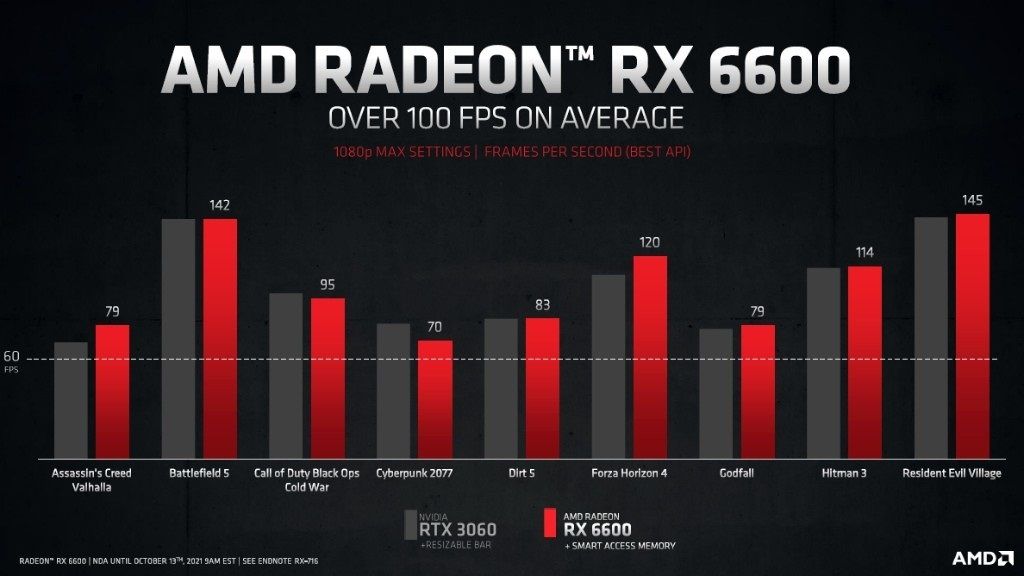 Tailored for the game in 1080p, the Radeon RX 6600 card is positioned against Nvidia’s RTX 3060, which it wants to at least match in most games. Failing to be much more efficient, AMD emphasizes the best performance per Watt of its product.

It remains compatible with the FSR (FidelityFX Super Resolution) to improve the framerate without losing too much visual quality. The AMD Radeon RX 6600 graphics card is offered as of today at the reference price of 329 dollars / 339 € but it remains to be seen what it will be with resellers, and with what stocks.

PREV DJI Action 2 test: an interesting and original action-cam, but handicapped by its overheating
NEXT Nintendo Switch: new N64 and Mega Drive games as well as another console spotted by dataminers

Nintendo Switch: new N64 and Mega Drive games as well as another console spotted by dataminers

Oppo A54s formalized, a very light variant of the A54

DJI Action 2 test: an interesting and original action-cam, but handicapped by its overheating