While we’re still waiting for our horror movie Demonic, shot in just a few weeks during the summer of 2020, Neill Blomkamp does not let go of science fiction, despite several abandoned projects along the way, including Alien 5 (whose concept art we can still admire), RoboCop Returns and the adaptation of Halo. In 2009, the filmmaker signed District 9, his first feature film as director and screenwriter, but above all a first stroke of brilliance which allowed him to make a name for himself in science fiction and to see the film nominated four times Oscars for the prized categories of best film, best adapted screenplay, best editing and better visual effects.

A very different treatment of the alien invasion

Before continuing with Elysium and Chappie, which unfortunately did not arouse the same enthusiasm, the idea of ​​a sequel for District 9 crept into conversations fairly quickly, but never materialized, until he kick-started the development of District 10 last February. The film will thus be co-written by the director, Sharlto Copley (who starred in District 9) and Terri Tatchell, who was already a screenwriter for District 9 and Chappie.

In a recent interview with IGN, Neill Blomkamp gave some news about the film and unveiled a first clue about the script:

“The screenplay is still being written. It seems good. It took a decade to figure out and come up with a good reason to make this movie, rather than just making a simple sequel. There was one topic in particular in American history that, as soon as I realized it fit into the District 9 universe, struck me as a great way to make a sequel. So yes, it continues to be developed and it goes further and further.” 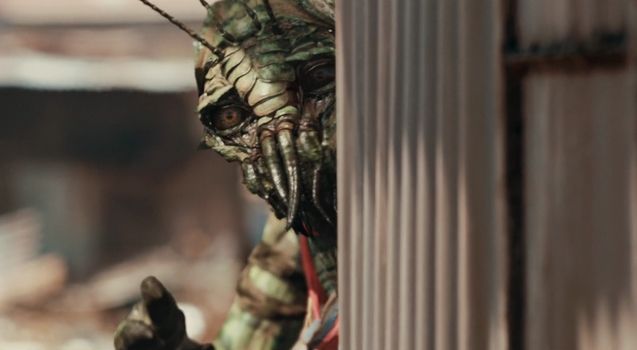 District 10 comes out of its hiding place

We therefore risk waiting a while before seeing the sequel land, which should once again deal with a social theme under an SF filter. While waiting to learn more about District 10 and its plot, our critique of Chappie is still there, while we come back in detail on the cancellation ofAlien 5 this side.