Microsoft has released update 22000.65 for Windows 11 in the Insider program with some bug fixes and new features.

Microsoft has released a first update for the Windows 11 beta. Surprise, this is not a new build, but a simple cumulative update. We therefore remain on build 22000, but in its revision 65.

Through the development of Windows Sun Valley, the creation of Windows 11 has already been able to progress a lot. Today, build 22000 offered to members of the Insider program to test Windows 11 is actually based on an “RTM”, that is to say an almost final version, of this first version of the new Windows in the “branch”. co_release ”. Until the general public release, development of Windows 11 will continue to progress so that the first major system update in the “co_refresh” branch is incorporated straight away.

In other words, the general public should never have the opportunity to test this version “1.0” of Windows 11, which will be reserved for members of the Insider program. This situation explains why the first update offered since yesterday is a simple cumulative update, pushing the build number to 22000.65. Members of the Insider program are still on the “co_release” branch of version 1.0 and are receiving fixes pending a commercial release that will not happen. In a few weeks, they should be switched to “co_refresh”.

An update with some new features

This does not prevent Microsoft from still offering some new features with this version 22000.65. 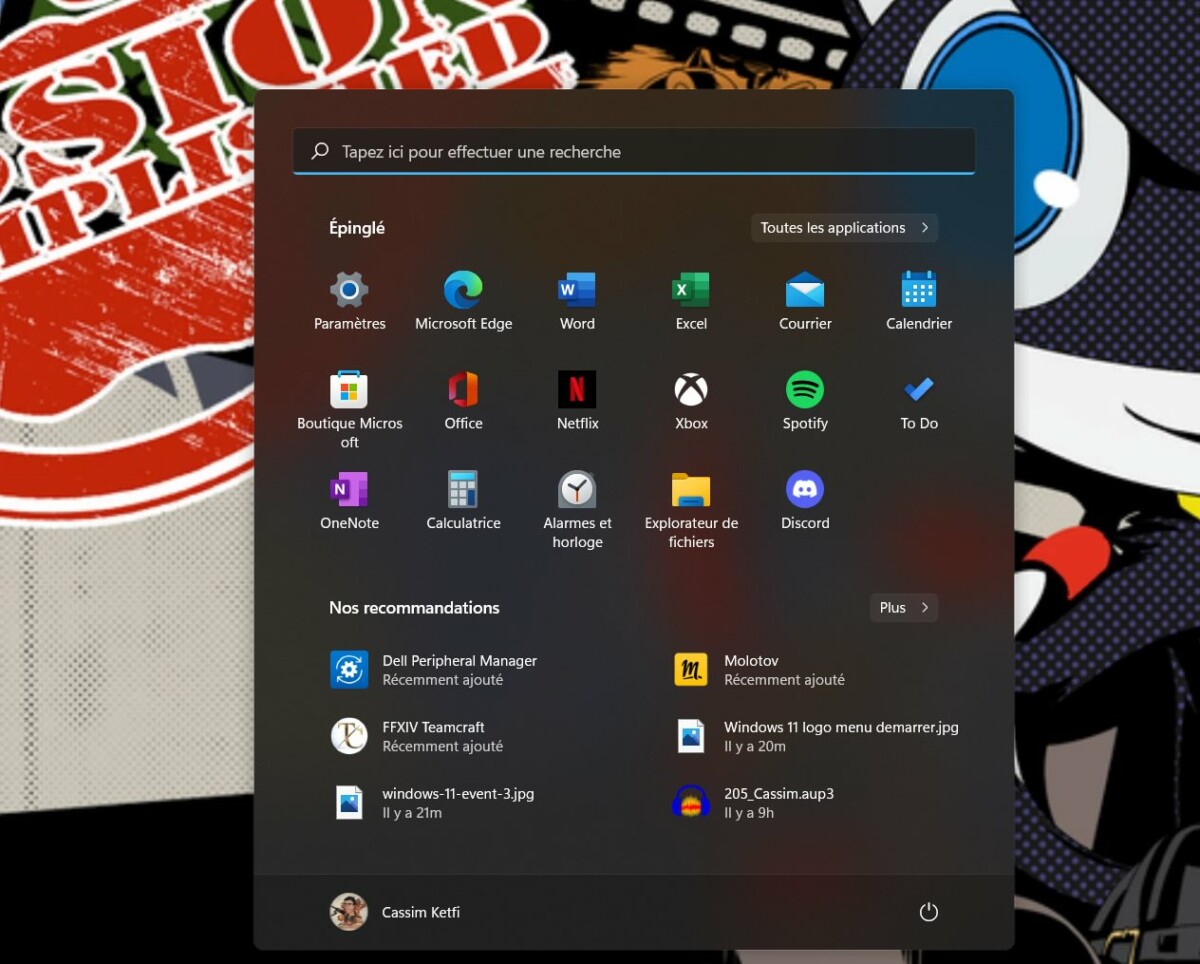 The most important novelty is the addition of a search bar to the Start menu of Windows 11. We feel that this is a first draft, because a simple click on the search field makes the Start menu disappear for bring up the Windows search. The animation is really not successful. This new option should allow more people to find installed apps.

Among the other new features, we can mention the arrival of the taskbar on other monitors, it had disappeared in the first Insider build and the redesign of many warning or alert messages so that they are in the colors Windows 11.

This update also contains the fix for the critical PrintNightmare flaw. It also contains a lot of bug fixes concerning the new file explorer, settings, widgets and even the taskbar.

Although it is based on a version considered almost final internally on the co_release branch, Windows 11 is still a beta for the moment. We always do not recommend installing on a main machine. Microsoft lists a number of known bugs in this update article.

If you want to download and install Windows 11 on another machine, or on a virtual machine, here is the procedure.

the Ultras from Montpellier ready to boycott La Mosson