Leaker Evan Blass releases an official image of the Samsung Galaxy Z Fold 3 and Galaxy Z Flip 3, giving us the best look at the two foldable smartphones ahead of their full announcement.

An official image of the Samsung Galaxy Z Fold 3 and Galaxy Z Flip 3 is already appearing on the web. As often, it comes to us from leaker Evan Blass. The latter is in fact used to sharing press reports prepared by the brand before the officialization of a product.

This time it is the Korean giant’s future folding smartphones that are targeted.

No camera under the screen for the Galaxy Z Fold 3

On the side of the Samsung Galaxy Z Fold 3, we immediately notice a punch in the right half of the large foldable screen. This observation contradicts the track evoking an integration of the selfie photo sensor under the slab to make it invisible. 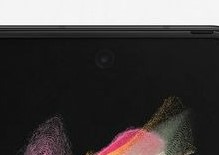 The Samsung Galaxy Z Fold 3 seems to have a punch // Source: Evan Blass

Regarding the Samsung Galaxy Z Flip 3, this image does however corroborate the hypothesis of a slightly larger external screen to be easier to use while remaining an additional solution.

In addition, the dissemination of this image by Evan Blass also and above all tends to confirm that the launch of the two smartphones is always more imminent. The leaker American indeed has the habit of unearthing the supports of the communication teams of the brands – here of Samsung – which are busy a few weeks before the officialization.

In addition, recent certifications for the Galaxy Z Fold 3 and Galaxy Z Flip 3 also point to a launch event that is just around the corner. Let us recall in passing that it is the month of July which is foreseen precisely for a potential Galaxy Unpacked.

Certified in the United States by the FCC, the Samsung Galaxy Z Flip 3 and Galaxy Z Fold 3 suggest an imminent arrival on the market while revealing some additional technical specifications.
Read more

Samir Dilou: I was accused of wanting to take the place of Rached Ghannouchi

Controversy after the suspension of an imam in the Loire