Next bang at Blizzard: BlizzCon 2021 canceled!

Blizzard has been hosting its own convention, BlizzCon, for several years. In particular, the event in 2018 should be remembered by many gamers. But in 2013 the cosplay of a character from the TV series South Park caused a sensation and has not been forgotten even after around eight years. With the corona pandemic, Blizzard changed the format and made BlizzCon a purely online event. The event originally planned for this year has now been completely canceled. According to the organizers, it has been decided to continue developing the upcoming titles in the meantime. What impact this will have on possible releases of new material from Blizzard is initially unclear.

It can currently be assumed that Blizzard has decided against the event based on the allegations in the past. Most recently, the company has come under massive criticism. The California Department of Fair Employment and Housing had initiated a lawsuit against the publisher Activision Blizzard. The authority investigated for around two years and initiated an arbitration procedure. However, those involved did not come to a satisfactory result. 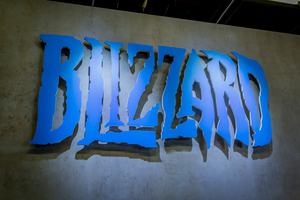 An out-of-court payment of US $ 18 million has now been agreed. The main aim of the money is to compensate the victims of discrimination and sexual abuse. Half of the remainder goes to organizations that support women in the video game industry. The other part goes to non-profit associations that campaign for gender equality.

In addition, it does not seem to mean the end of the Blizzcon. Blizzard announced that in the future it will ensure that all participants in the event feel as safe as possible.

the U17s fixed on their fate for qualification for Euro 2023!

Macron wants to reassure about Christmas and Omicron

Sexual Harassment at Work – Banker Fired After Complaining of Harassment