WITHTwo prominent economists have warned that FDP leader Christian Lindner will become finance minister in a future federal government. “For his own sake, Lindner should be spared the impossible task of having to transfer his antediluvian budgetary agenda to today’s financial situation,” write Brit Adam Tooze and US Nobel Prize in Economics, Joseph Stiglitz from Columbia University in New York Guest article for the weekly newspaper “Die Zeit”. “Neither Germany nor Europe can afford this type of crash test.”

The FDP’s financial policy agenda, for which Lindner stands, is not just “an accumulation of conservative clichés,” write the professors. “It is much more important that these are clichés from a bygone era, namely those of the 1990s. We no longer live in the world that made it. “

The background to this is a dispute over the direction of economic and financial policy, which flared up during the euro crisis in 2011. Many international experts consider the budget discipline advocated by German governments in recent years, which has also been demanded by other countries and there – for example in Greece – was accompanied by drastic austerity measures, to be wrong and outdated. Instead, in times of high public investment needs, new debts are justifiable and even necessary. Although the FDP has not been part of the government since 2013, it is a particular advocate of a balanced budget.

Lindner had expressed interest in the post of finance minister during the election campaign. Tooze and Stiglitz are now recommending that the Liberals should rather take over a “super ministry for digital technology” in a new government with the SPD and the Greens. The Ministry of Finance, however, should occupy the Greens.

All developments in the live ticker

Bavaria’s Health Minister Klaus Holetschek has criticized the plans of the SPD, Greens and FDP in the federal government for the future legal situation in the corona pandemic. There is still an “emergency of international concern,” said the CSU politician, who is also chairman of the conference of health ministers. “That is why the states need the greatest possible flexibility in order to be able to react to increasing numbers of infections.” It does not make sense that the state parliaments should in future be curtailed in their right to decide on an epidemic situation in their country themselves.

The date mentioned by the three possible future coalition partners for the end of the corona situation must also be doubted, said Holetschek. “Winter is coming. The number of infections is increasing. The pandemic remains unpredictable. Nobody knows today whether it will be over on March 20, 2022. “

2:40 p.m. – Head of the Chancellery criticizes the planned end of the Corona emergency

The outgoing Chancellery Minister Helge Braun (CDU) has criticized the announcement by the SPD, Greens and FDP to let the “epidemic situation” expire. Braun justified this against the WELT news channel with the currently observed increase in corona infections. “We are already seeing in Saxony, Thuringia and Bavaria that not only the number of cases is increasing, but also the hospitalization rate, which is now so crucial for us,” said Braun. “So today there were 1,000 new severe corona cases.”

For the coming winter, Braun expects a further increase in infections with potentially dangerous consequences for the health system. “And that’s why I find it difficult to simply say in one sentence: ‘We no longer have an epidemic situation.’

1:55 p.m. – “2G is now an absolute must” – Kretschmer wants restrictions for unvaccinated people

The Saxon Prime Minister Michael Kretschmer (CDU) has described the so-called 2G rule as a “mandatory must” in the fight against pandemics. “The pandemic situation of national scope is not over,” wrote Kretschmer on Twitter, referring to the decision of the SPD, FDP and the Greens to let the Corona emergency run out in November. The pandemic is gaining strength and danger, Kretschmer continues.

In the spring, politicians decided against the Council of Science to lift protective measures. The result was the federal emergency brake and a lockdown. “If you want to enforce normality, you may prevent it.” Kretschmer therefore spoke out in favor of stronger restrictions for unvaccinated people: “2G is now an absolute must.”

He justified his position with the words that infections in unvaccinated people would “determine” the fourth wave. There had to be a public debate on the current corona developments, the decisions about protective measures had to be “socially supported”. With the 2G rule, only vaccinated and convalescent people have access to places such as restaurants and theaters.

When working on a joint government, the SPD, Greens and FDP are facing an intensive negotiation phase, according to SPD General Secretary Lars Klingbeil. “All three parties are convinced that Germany needs a new start,” said Klingbeil of the German Press Agency in Berlin. “We are now taking this unity from the explorations into the coalition negotiations.”

In terms of content, bridges must now be built and binding agreements made. “The coming days will be very intense,” said Klingbeil. Experts from the Greens, FDP and SPD would sit in the 22 working groups that are now starting their deliberations. “I’m sure we will lay a good foundation for a new government to make improvements for the people in our country over the next four years.”

11:29 am – Greens managing director declares a rush in coalition talks, including with the pandemic

The Federal Managing Director of the Greens, Michael Kellner, has explained the tight schedule for the coalition negotiations with the corona pandemic. This requires that a government capable of acting quickly come into office again. “We also see that many challenges do not wait now either,” said Kellner to the WELT news channel.

The virus does not wait “the next two months until the traffic lights come on”. International developments did not wait for it either. “That’s why we have given ourselves an ambitious schedule.”

9:43 a.m. – Education unions are calling for billions for schools

At the beginning of the coalition negotiations, the Education and Science Union (GEW) and the Education and Training Association (VBE) call on the SPD, Greens and FDP to mobilize billions in investments in education. “The crux of the matter is that the educational projects are solidly financed,” says a joint statement by GEW and VBE, from which the editorial network Germany reports. “The investment backlog, which the Kreditanstalt für Wiederaufbau (KfW) put in 2021 for schools alone at 46.5 billion euros, urgently needs to be reduced.”

Tasks such as inclusion and full-time work required additional staff – that too had to be financially secure. The two education unions demand that more funding from the federal government is needed for this. Digitization must also be driven forward and the catch-up program for coping with the consequences of the pandemic expanded.

The acting Federal Environment Minister Svenja Schulze (SPD) will travel to the World Climate Conference in Glasgow later than planned because of the coalition talks on the formation of a future traffic light government. This was announced by a spokesman for the Ministry of the German Press Agency. According to this, Schulze will probably only be able to take part in the international climate negotiations of COP26 on site after November 10th. Before that, she will attend the UN conference digitally, the spokesman said.

At the World Climate Conference, which begins this Sunday in Glasgow, Scotland as a physical and digital event, representatives from almost 200 nations will come together to negotiate more ambitious framework conditions for global climate protection. Schulze is involved in the current coalition talks between the SPD, the Greens and the FDP. The current minister is part of the “Climate, Energy, Transformation” working group, which will start work in Berlin this Wednesday.

1:28 a.m. – Traffic light wants to stop the Bundeswehr from increasing

At the start of the coalition negotiations between the SPD, Greens and FDP this Wednesday, a media report shows that all three parties are ready to end the Bundeswehr’s growth path. According to plans by the outgoing Defense Minister Annegret Kramp-Karrenbauer (CDU), the Bundeswehr should grow from around 183,000 today to 203,000 soldiers in the next ten years.

Above all, the SPD and the Greens are already distancing themselves from this requirement, reports the “Süddeutsche Zeitung” with reference to party circles. In the FDP it is said that they would not resist giving up this goal if the Bundeswehr could carry out its tasks with fewer personnel than planned. 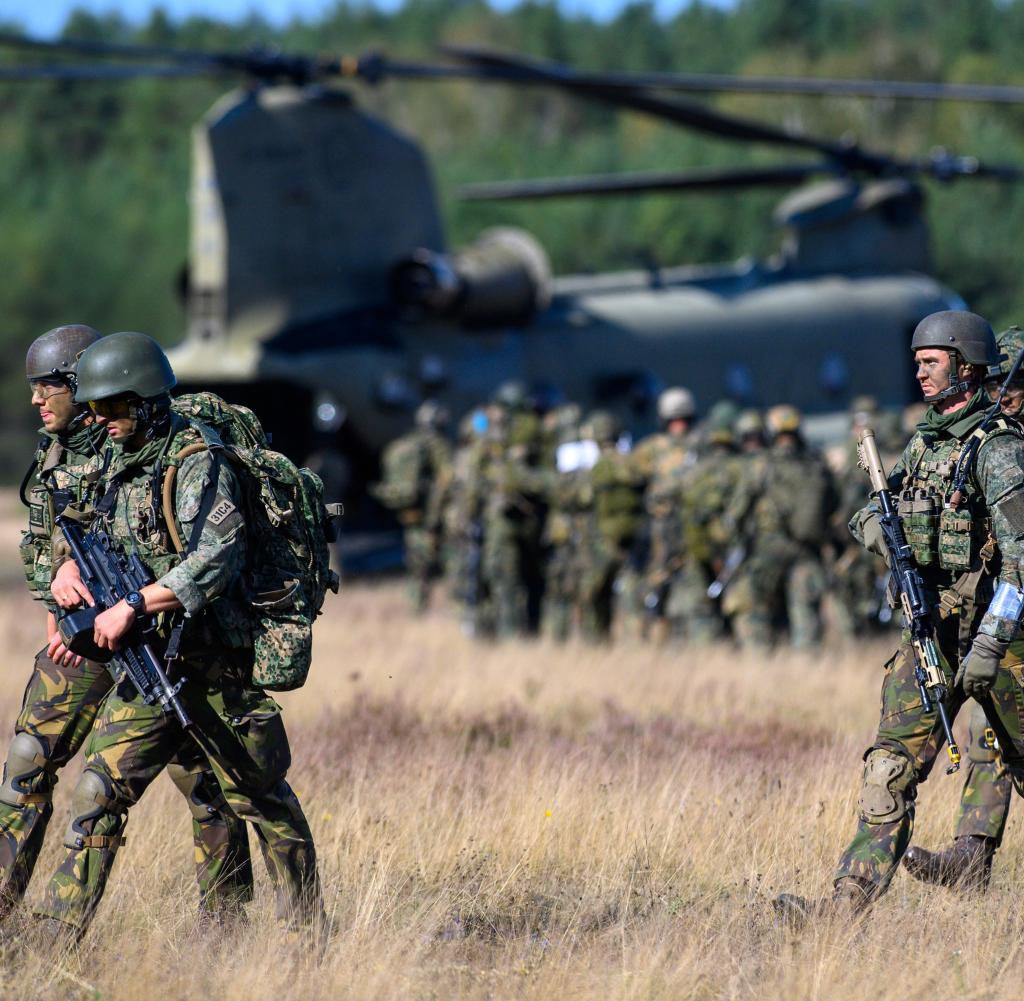 Red and green against olive green

12:40 a.m. – FDP General Secretary Wissing calls for the end of the Corona emergency

Despite the increasing number of infections, FDP General Secretary Volker Wissing is in favor of a quick end to the Corona emergency. “The state of emergency must not become a permanent state. We have to come to a new normal, and that as soon as possible, ”he tells the newspapers of the Funke media group (Wednesday editions). “The German Bundestag has to decide things again – and not the federal government with extensive authorization.”

PREV Switzerland has 12,598 new cases of coronavirus in 24 hours – lfm.ch
NEXT “No reason to doubt current vaccines protect” against Omicron, WHO says

Who is Eric Zemmour’s aggressor at the Villepinte meeting?