Boeing indicated yesterday that some titanium parts of 787 Dreamliner were made from faulty way over the past three years, one more manufacturing defect to add to the long-haul problems.

This defect concerning the quality of the parts does not affect the immediate safety of flights operated with this model, reassured Boeing and the American Civil Aviation Administration (FAA). ” We have received a notification from one of our suppliers regarding some parts that were not manufactured correctly », Explained a spokesperson for the American aircraft manufacturer. ” An investigation is underway, but we have determined that this does not present an immediate safety hazard to the fleet of aircraft already in service. », He continued.

Faulty titanium parts include fittings that help secure the joist in a section of the fuselage, and other fittings and staples. They were supplied by Leonardo SpA, which had obtained the products from Manufacturing Processes Specification (MPS), a firm based in Italy. MPS is no longer a supplier to Leonardo, Boeing reported. ” Aircraft that have not yet been delivered will be properly reshuffled before they are delivered to customers », Explained the spokesperson.

This is not the first incident encountered in the production of the 787 Dreamliner. Manufacturing defects were first discovered at the end of summer 2020 on the connection of a portion of the fuselage as well as on the horizontal stabilizer. In mid-July, Boeing announced that it had discovered another defect on the nose of the aircraft, which forced the company to suspend deliveries and reduce production rates. 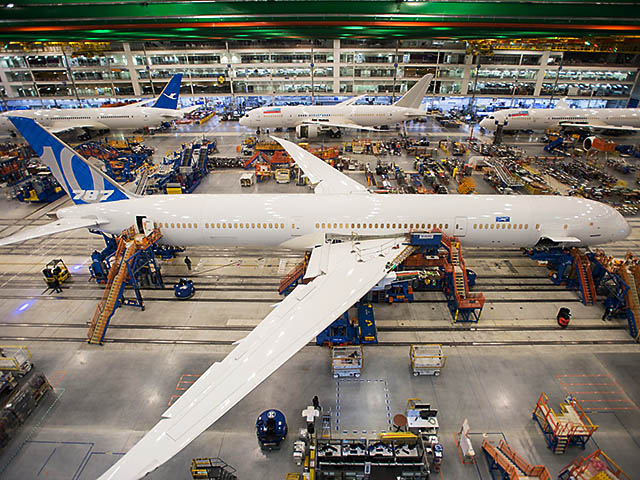 365 days a year, Air-Journal keeps you informed free of charge. Support the site with a donation, participate in its development!
I make a donation

PREV OM-ESTAC case: Pablo Longoria apologized
NEXT Thun: Video shows the arrest of a man for a toy gun

Marta Ortega, daughter of the founder of Inditex, takes the lead of the group