04.09.2021 – The share of Steinhoff International Holdings NV (ISIN: NL0011375019) may be facing a swing upwards: The price is holding at a good EUR 0.20. And now it’s getting hot. Starting at 9.30 a.m., a hearing before the Amsterdam District Court was held by representatives of the creditors in a hearing about the Steinhoff Group’s proposed settlement for the settlement of the disputes / claims for damages against the Dutch Steinhoff International Holdings BV. This involved the losses suffered by the buyers of the share on the stock exchange and losses due to contractual agreements (for example, transactions that were “paid for” with Steinhoff shares). A total of EUR 679 million is available for the “Dutch arm” of the settlements.

What lasts so long can take a few more days – you could say that. In any case, there was a company report from Steinhoff yesterday at 5:25 p.m. that kept the tension going. At the beginning of the company announcement it was informed that the necessary, partly still outstanding approvals of the lenders for the twofold improved comparison package are now available. So the final all-clear on this front. And then a cold shower for the impatient, who thought that the final chapter of the claims for damages against the Steinhoff Group would begin on Monday in South Africa:

If H2 were the future: Nel & Plug Power as a pure player or would you prefer to rely less riskily on Linde or Siemens Energy, for example?

Obviously, it took more time to evaluate the existing and registered claims within the framework of the Dutch bankruptcy protection proceedings and to finally accept or reject them than expected. And the discussion of the proposal will have taken up more space than expected – too many hurt feelings, too much criminal energy of the “old leadership”, too much happened. The vote on the acceptance of the settlement package was postponed, which should certainly be in the interests of the entitled claimants. Because the settlement amount should be distributed proportionally to all accepted claims. So any canceled claim would increase the shares of the recognized claimholders. After a likely positive vote by the creditor representatives on September 8th, 2021, the district court will review the lawful decision and probably approve it – “confirmation hearing”. Usually a purely formal act.

If the assembly now approves on September 8th, 2021, the originally “first part of the settlement complex” would be done – according to the South Africa procedure

and the further process for the claimants against the Dutch entity would be as follows: As soon as the Dutch AND the South African bankruptcy protection procedure have declared the binding acceptance of the settlement offer – with a sufficient majority – the settlement is EFFECTIVE. And payments should be processed three months later.

Part two, which is due first due to the adjournment in Amsterdam, of the comparison complex then takes place in South Africa on September 6th.

On September 6th The various groups of creditors will vote on the settlement proposal of Steinhoff International Holding NV in three separate meetings: „06 September 2021 10:00 SAST – Financial Creditors 11:00 SAST – Contractual Claimants 13:00 SAST – SIHPL MPCs“. A total of EUR 747 million is due for distribution to the various groups (in ZAR or, at Steinhoff’s option, also in shares of the Pepkor Group, which is listed in Johannesburg).

If H2 were the future: Nel & Plug Power as a pure player or would you prefer to rely less riskily on Linde or Siemens Energy, for example?

Evotec’s platform approach has received confirmation from Bristol Myers Squibb, which will bring in EUR 20 million for the first time, but will make even more possible in the future.

Bitcoin Group is currently available for the “cash on hand” of cryptocurrencies plus liquidity. Over a million customers for free “on top”?

So far no audited balance sheet. A lot of uncertainty and Eyemaxx wants money: convertible bond with subscription right from 03.09. in drawing.

And the ultimate decision is made in South Africa: “End of the limbo between forced liquidation or“ vegetation ”threatened by claims for damages that the company cannot handle” for the Steinhoff Group.

If all three groups of creditors should each vote with a sufficient majority for the settlement proposal – AND the “Dutch arm” has already been approved in Amsterdam today, then the entire settlement construct will be EFFECTIVE – EFFECTIVE. And after that, the share should possibly face a revaluation despite the price gains that have already been seen.

IN DETAIL, WE HAVE THE CURRENT OPERATING STRENGTH OF THE RETAIL GROUP AS OF 06/30/2021 AND THE PERSPECTIVES FROM A FLOATING OF THE 50% PARTICIPATION IN MATTRES FIRM – THAT FROM WORTHLESS TO BILLION GROUP GROUP AT A FAST SPEED LEADING UP –

With the approval of the creditors, the group could be operationally funded from 08.09. Dare a new beginning – albeit with permanently unsustainable debt of over EUR 11 billion

All subsidiaries are growing strongly, are operating profitably and thus offer the group a good basis for a life after the claims for damages. Because these could be done by the two protective shield proceedings. On September 3rd resp. 06.09. The respective creditors’ assemblies decide on the acceptance of the settlement package. The Steinhoff Group’s offer, which has been improved twice in the last few weeks, ultimately means a payment by the group totaling around EUR 1.426 billion. Could be the solution – for now.

In addition to the significant additional payments from DELOITTE Netherlands and South Africa, the D&O insurance of the management (except for the main perpetrators) and payments from the management not prosecuted, the Steinhoff Group declares that it is ready to make the following payments, as of July 16, 2021:

IN DETAIL, WE HAVE THE CURRENT OPERATING STRENGTH OF THE RETAIL GROUP AS OF 06/30/2021 AND THE PERSPECTIVES FROM A FLOATING OF THE 50% PARTICIPATION IN MATTRES FIRM – THAT FROM WORTHLESS TO BILLION GROUP GROUP AT A FAST SPEED LEADING UP – 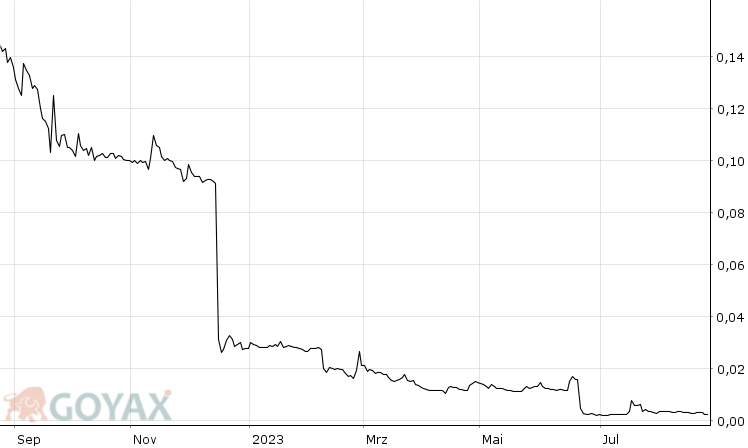 PREV new increase of 2 cents last week, record for diesel
NEXT a coupe that loves the red zone, from € 5,000

Black Friday 2021: here are the dates and how to take advantage of the best deals

The Cac 40 ends down, the first big penalties of the quarterly season have fallen, News markets

Hanno Berger, the alleged mastermind of the 140 billion euro scandal